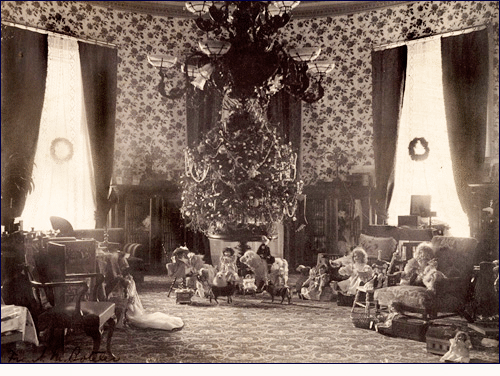 When the holidays come ‘round, one of the first things our minds leap to is lights twinkling off glass baubles or hanging from snow-covered eaves. There’s just something magical about this simplest of holiday décors that manages to inspire even the Scrooge-iest among us. Our fascination with the bright and shiny has been intertwined with our celebration of the holidays for nearly a millennia.

Harkening to Anglo-Saxon pagan tradition of unclear origin, first references of lighting the Yule log are rooted in 12th-century Germany. As winter months set in, days become shorter and this tradition was a means to turn night into day. The Yule log held the promise of the return of the sun, following the winter solstice. By the 17th century, Christians had melded pagan mythos with their own. The practice of the Yule log had evolved into lighting small candles on the iconic Christmas tree. With evergreen trees infamous for bursting into flames without much prompting, those in the know would be at the ready with buckets of water or sand.

Though tree candles evolved to address danger and inconvenience, true change would come in a few centuries, in the form of the light bulb. In 1882, Edward H. Johnson, an associate of Thomas Edison, was struck with, well, a bright idea. Around a scrawny tree that would make even Charlie Brown blush, the inventor strung 80 red, white, and blue bulbs. For good measure, the entire Christmas contraption rotated six times per minute on an electric crank. It was a dazzling display for the times and by 1895 the White House wanted in on the action. That year, under Grover

A craze had been ignited in our country’s collective mind. By the turn of the 20th century magazines, such as Scientific American, began running ads for the rental of stringed Christmas lights. Rental because General Electric’s first 24-bulb light set in 1903 was priced at $12 or about $340 by today’s standards. Though only accessible to the super rich of the time, the infectious charm of these displays spread as quickly as the tree fires of yore. In 1925, about 15 Christmas light companies banded together to form a consortium under the moniker NOMA Electric Corporation. Instantly becoming the world’s largest manufacturer of Christmas lights, NOMA was able to lower costs and spread holiday cheer to the masses.

As the saying goes, “necessity is the mother of invention,” and with holiday lights this old adage holds true. From unspeakably hazardous tree candles to prohibitively expensive electric lights of 1900, today’s dazzling displays aren’t only safe but accessible to all. And Holiday Bright Lights comes to you as a forerunner to the future of holiday cheer. Our array of lighting displays are suited to any taste and budget. We even have teams of certified, professional decorators at the ready to curate your experience from start to finish. Holiday Bright Lights is here to put that twinkle in the eye of you and yours this holiday season.

The Curious Evolution of Holiday Lights 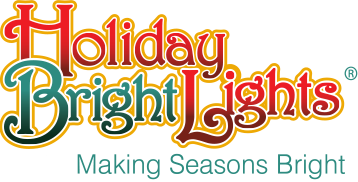